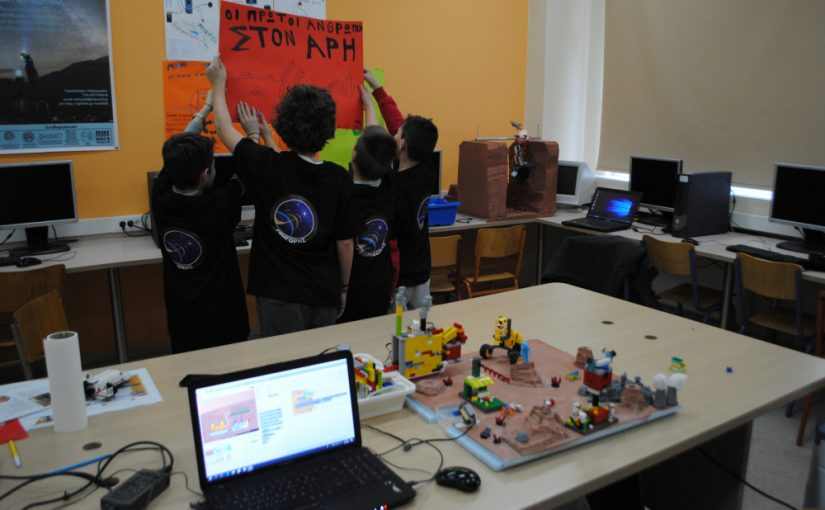 This is the plan and implementation from the team First Humans on Mars (students in Robotics Club) for the “2018 PanHellenic Robotics Competition: Living on Mars”.